Now I'm not one to quibble over minor matters (I'm quite a laissez faire type of chap), but I recently made an edit to a question, which I was surprised to see rejected, especially when I saw the alternative accepted edit.

The edit that I proposed was the following: 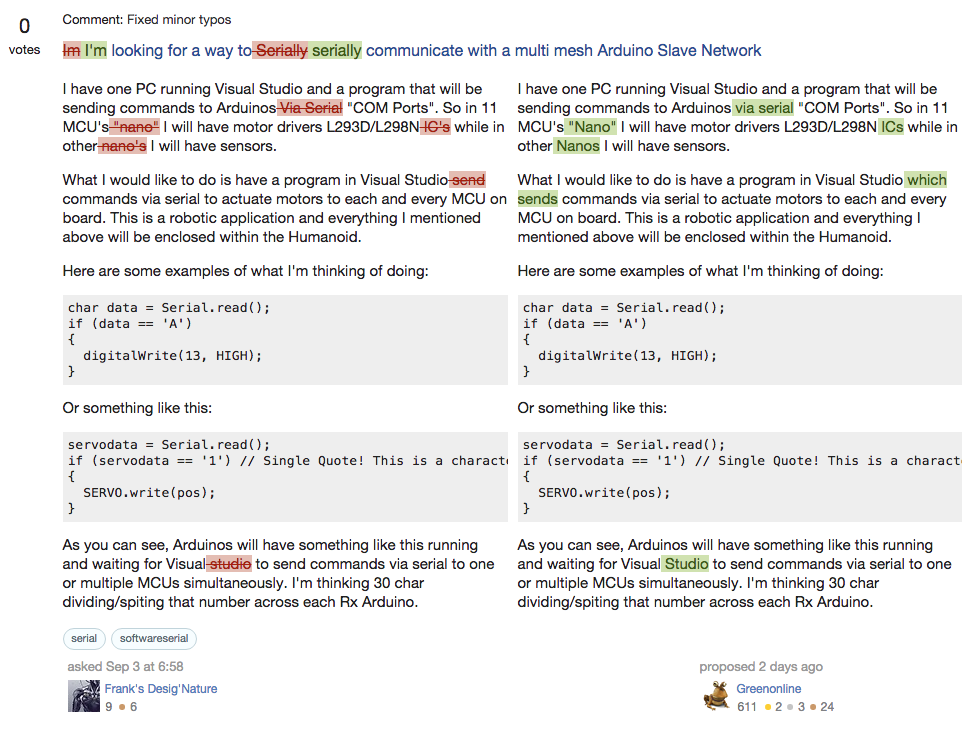 I saw that it was rejected by the community for reasons of a subsequent edit,

To which I thought "Fair enough, I must have missed something, my edit was not sufficient", and was going to leave it at that. However, curiosity got the better of me, and I decided to have a look at the replacement edit.

Imagine my surprise when the edit was merely to substitute a period for a comma, making it even more grammatically incorrect, whilst ignoring the obvious typos. 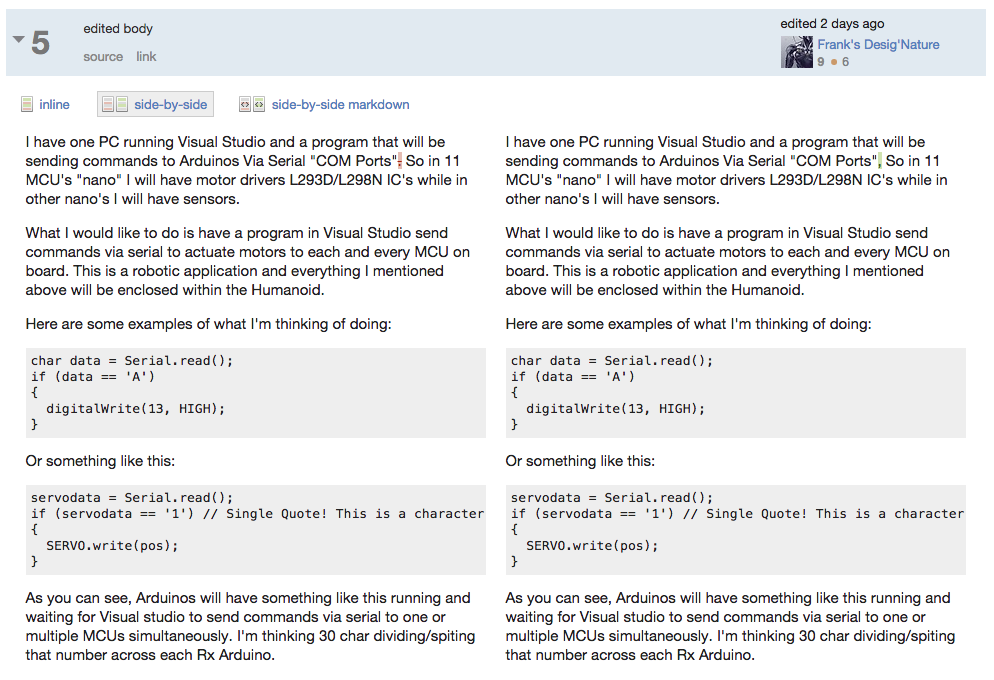 I understand that the OP has the overall say so when it comes to edits, but also there is the point of once you have posted something to SE, it also becomes a bit of a community effort to keep everything "spick and span".

Now I know that I am a bit of a stickler for grammar and capitalisation, and that may put people's backs up a bit, but am I missing something?

Admittedly, I did miss the spiting (in the last paragraph) which should probably be splitting but I don't think that was the real reason for rejection.

Hopefully this doesn't sound like a whinge, I would just like to know what the outcome in such circumstances should be.

Should the post be left as it stands, or should I attempt to retry the edits?

I made an edit a little while back (quite an extensive one, like yours) but while I was doing it the OP made a minor change. Since the OP can edit immediately, my edit was rejected. I think I tried again (laboriously retyping the corrections) and while I did that, the OP made another change! Pffft!

I left it for a while, I can't remember if I ended up changing it.

I suspect this is not at all an attack on your editing (which is usually very good as I recall) but just an unfortunate time-related thing (like, a race condition).

I would advise you to re-attempt your edit.

Not the answer you're looking for? Browse other questions tagged discussion .

12
How do we get syntax highlighting?
5
I answer a question, and then the OP deletes the question. Grrr
3
A rash of minor edits
4
Be wary of accepting edits that are comments of third parties
3
Rejected edit results in loss of constructive code modification
6
Voting to close new users' questions without comment
3
Trivial questions must be off-topic